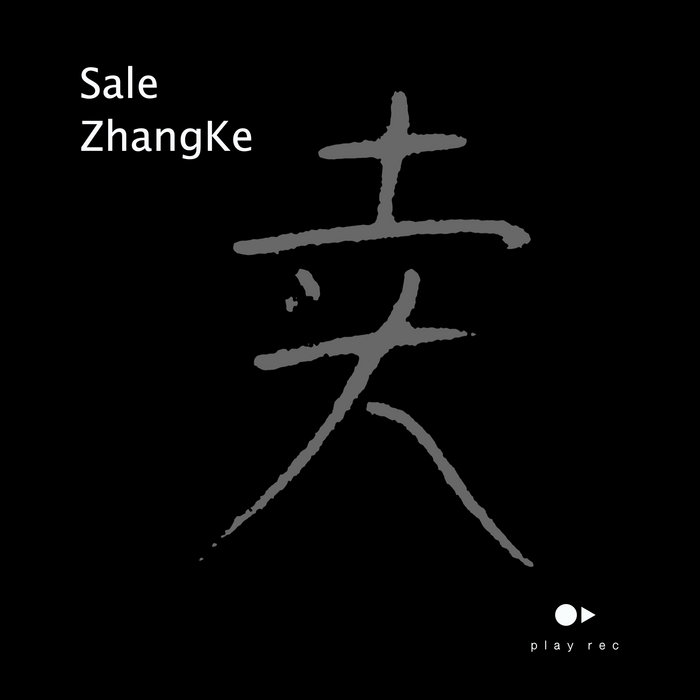 Zhang Ke , is an art teacher.He works and lives in Ningbo, Zhejiang Province. He was interested in field-recording after exposure to noise music. In 2009, he bought himself a digital audio recorder - Zoom H2, which is cheap enough and looks pretty like an MP3 player. H2 is so small and convenient. It can be put into a pocket, pulled out and started to record without attracting people's attention. Because Zhang Ke always have dinners outside after work, he has a lot of time to hang out, which make the streets the main place for the whole recording.

《卖Sale》的想法完全是在实地录音时发现的。我在街头录音时，各类店铺、路边摊、游商等等，都不约而同地发出叫卖商品的声音，当我发现有很多这样的录音后，就着手有计划地收集，时间上是完成《鼓楼GULOU》专辑之后的2011年，直到2016年才确定所有曲目。
The idea of "Sale" was discovered during my field- recording experience. During my recording in the street, shops, roadside stalls, tourists and so on are all making sounds of selling goods. Later I found that I already had many recordings of that kind sound, I started to collect this kind of sound as a project. The album "Gulou" was complete in 2011 , and the selection of tracks was not fixed until 2016.

During this period, I walked through the local commercial square, shopping street, and wholesale market and wandered around the vendors outside various shops in the urban-rural junction. Sometimes, I pretended to pick goods or wait for someone in order to got the best chance of recording sound. The tradition of live selling voice has been replacing by pre-recorded voice machines in these recordings, especially by using those hand-held speakers with 30 seconds recording function. There also have the more majestic multimedia speakers with the U-disk interface. Stars, web celebrities, semi-professionals, and shop owners with local accents matching the popular song background were competing here, which shake the whole streets.

In addition, the propaganda information and marketing words contained in the language are also one of the interesting points. Salesperson were pretend to motivated by heart and fear that will make you lose. They used all kinds of gentle, or anxious, or full of anger, or positive tone to make the listeners either be emotional or numb. There are also conversations with customers, which constitutes a more interesting game sound. After finishing the complete tracks, they layed in the computer for two years, and were delayed until 2018 to officially complete the CDR. I also made 30 copies and some of the copies were given to friends.

This is the first field-recording work released by Play Rec.
a Co-release of Zhang Ke's self-release project 2011/2018.