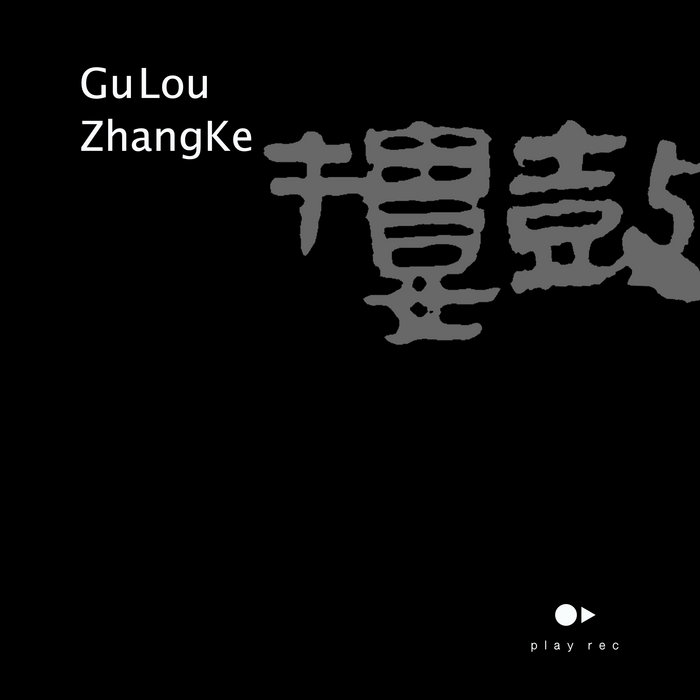 Zhang Ke , is an art teacher. He works and lives in Ningbo, Zhejiang Province. He was interested in field-recording after exposure to noise music. In 2009, he bought himself a digital audio recorder - Zoom H2, which is cheap enough and looks pretty like an MP3 player. H2 is so small and convenient. It can be put into a pocket, pulled out and started to record without attracting people's attention. Because Zhang Ke always have dinners outside after work, he has a lot of time to hang out, which make the streets the main place for the whole recording.

"Gulou" is recorded in the Gulou area, which is located in the center of the old urban area of Ningbo. The landmark building is a tower with a clock on it. In my memory , Gulou is a nice place for walking, playing and making dinner appointments. In a period, a zoo and a pet and plant markets even existed there. What impressed me most was the book store, as well as the handmade model boxes that were put on steel wire beds outside the shops.

In the past decade, the old streets crisscrossing the Gulou and the Zhongshan Park are still attractive to the old and middle-aged people who live nearby. They play cards, dance, sing, meet friends, and some young people play the bullfight game and skateboards in open spaces in the nearby basketball court. However, with the transformation of the old city and the increasingly backward supporting facilities, the aborigines gradually removed to other place. And because of the location is good and the rent is cheap, the migrant workers move in. At the same time, Gulou has almost reached the richest language voice and sound environment, and it was also the best time before it moves towards refinement (I participated in the future planning activities of the Gulou community in 2017, and found that there will be great changes).

From 2009 to 2010, more and more sound files were recorded there. In 2011, I decided to make a collection of sound works for making a physical connection between myself and the Gulou, which may regard as a personal sound archive. Due to the DIY practice prevailing in the noise circle at that time, I published the first CDR under my catch Vox label, which originally organized for the sound activities. I designed and printed 30 CDR copies. Later, I give them to my friends in next few years. By 2014, I did a Gulou sound walk activity in my friend's Benjamin coffee shop (also in Gu Lou) and I remembered that made a big influence that time.


This is the first field-recording work released by Play Rec.
a Co-release of Zhang Ke's self-release project 2011